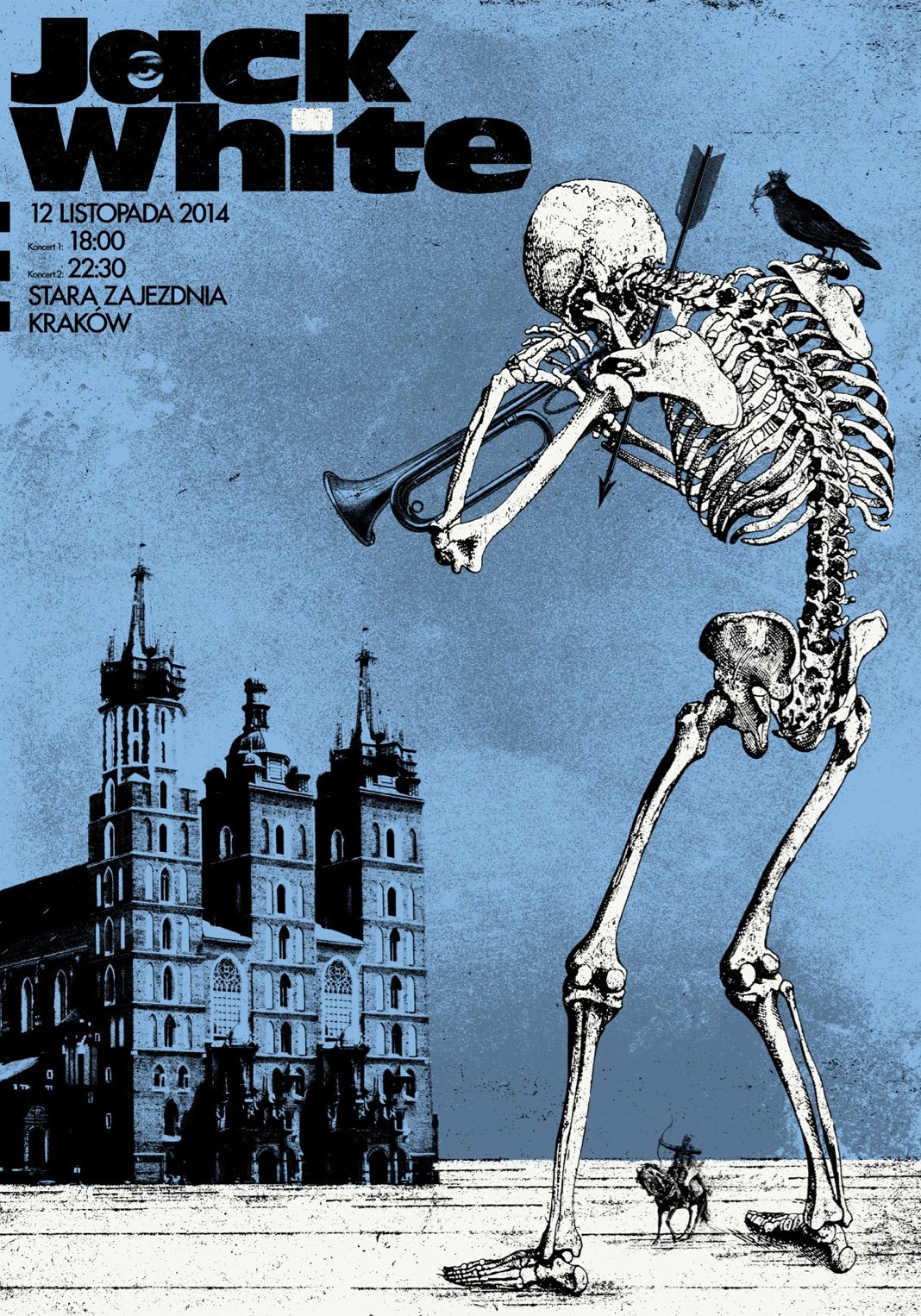 Inspired by St. Mary's Trumpet Call:
Trumpet calls were used in many European cities to signal the opening and closing of city gates at dawn and dusk.

A trumpet call is played every hour on the hour, four times in succession in each of the four cardinal directions, by a trumpeter on the highest tower of the city's Saint Mary's Church. The noon performance is broadcast via radio to all of Poland and the world.

According to legend, during a Mongol invasion of Poland, a bugler on a tower of St Mary's Church sounded the alarm by playing a warning sound to close the gates before the Tatars could ambush the city. The trumpeter, however, was shot in the throat and did not complete the anthem, and this is the legendary reason as to why performances end abruptly before completion.

I owe the insight to my lovely wife Jenna.

Aesthetically I was going for polish film poster vibes.
Both visually and physical size (this is a big boy)

Note that the building in the poster, St. Mary's church,
has two front facing towers in real life. For the poster I added a third tower which is a combination of the two existing towers.